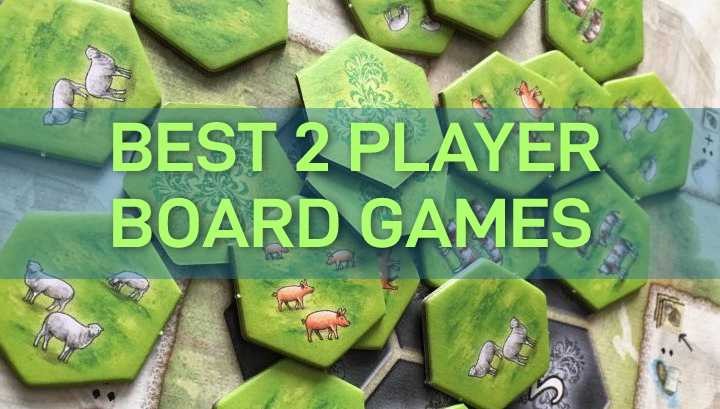 TOP-10 Best Board Games for 2 Players

“The Castles of Burgundy” is a great family “eurogame” board game for two players (from 2 to 4 people can also play it). You are a French aristocrat of the medieval France managing the economy of your principality. You will develop economy, animal husbandry, mining, trade, construction of castles, cities and mines, establish river transportation and scientific research. 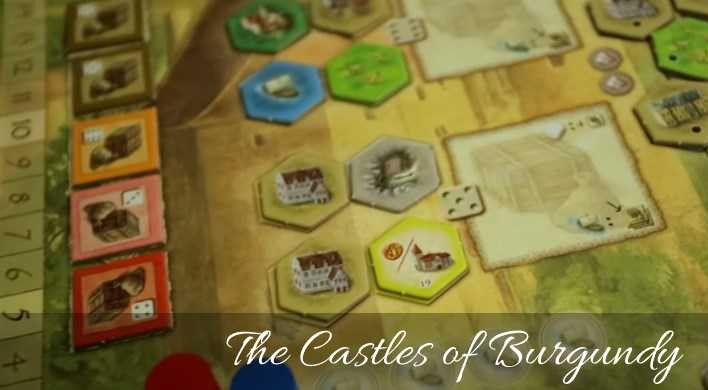 In “The Castles of Burgundy” there is peaceful interaction between players which allows to avoid tough confrontations and conflicts. But, nevertheless, there is also competition. Due to excellent replayability each set is like a new one. Large variability of different strategies will not be boring.

The game literally absorbs, forcing you to focus completely on the development of your family everland. During the game there are no distractions, nervous worry about possible loss or victory. You’re fully involved in the gameplay you’re doing here and now. Each action opens up new opportunities for development. And the game pace as well as the interest in the gameplay lasts throughout the game.

The game can be a true masterpiece for you. But in order to play in full force, you need to play at least one game to find out in details about all the rules and nuances. “The Castles of Burgundy” (2011) is one of the best 2 player family board games

“Twilight Struggle” — incredibly tense and atmospheric political strategy war board game based on the confrontation between the USSR and the United States during the cold war from 1945 to 1991. Two superpowers are fighting for control in the world. In the course of the struggle for political influence of ideologies in the regions of the world all the means are used: politicians, scientists, military, spies, intelligence services and local military conflicts. “Twilight Struggle” insures unforgettable emotional experience. You can completely rewrite the history of cold war or repeat its rapid course. 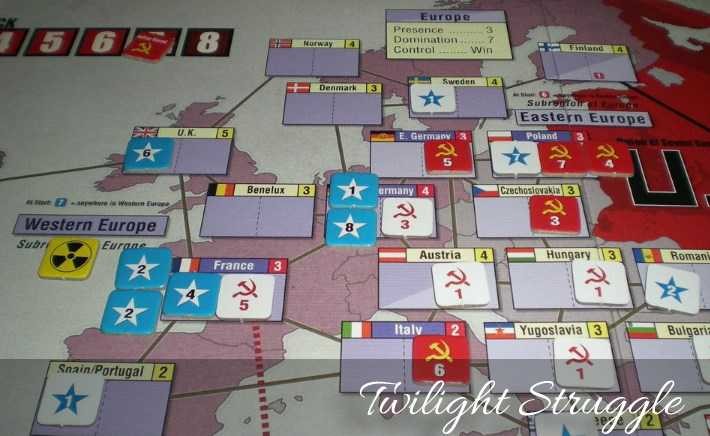 Twilight Struggle is a duel card driven board game with simple rules and deep substantial gameplay. During each game players will change the influence on different countries and regions of the world, you will play out special historical events and participate in space race, military operations and spy intrigues.

At first glance it may seem that “Twilight Struggle” is not designed for beginners. But it’s not the case. The rules, being rather extensional, are well structured, logical and, you can say, even elegant. For a beginner there will be enough explanations and practical examples of the game to master the primary understanding of how to play. And it’s not as difficult as we have mentioned above. All the necessary information is presented on the game map.

Dynamic and interesting gameplay, high level of interaction between players and tough confrontation, perfect balance are the guarantee of many interesting rounds. Twilight Struggle (2005) is the best cold war strategy board game for two players

Labyrinth: The War on Terror

“Fields of Arle” — a board game from the famous creator Uwe Rosenberg. Uwe Rosenberg is the author of such hits as “Agricola”, “Caverna: The Cave Farmers”, “Patchwork”, “At the Gates of Loyang”, “Ora et Labora”. This game continues the range of “economic” games by Uwe Rosenberg. 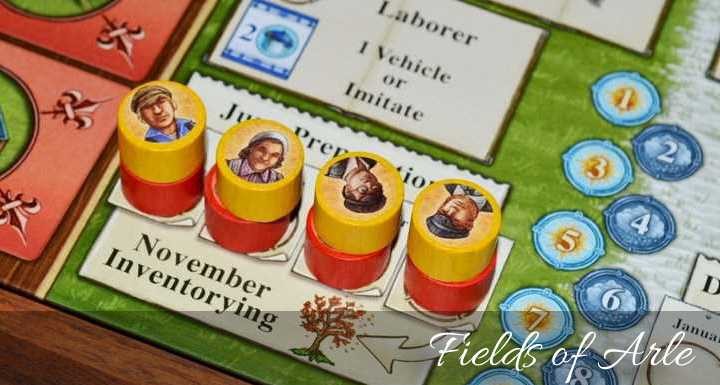 The game lasts for 9 rounds which alternate two seasons — summer and winter. During each season players can do different things. The key mechanics of “Fields of Arle” is related to the placement of workers. To develop your estate and create different products, players have access to different production processes, trading with neighbors. This makes it possible to obtain the required resources for development. There are many available actions and all of them in one way or another can be useful. These opportunities have a great impact on replayability through thoughtful combinations, diverse strategies and efficient production chains.

The emphasis in the game is not on rigid competition but on effective actions, ways of development through a combination of basic and auxiliary strategies. “Fields of Arle” is really great and atmospheric farmer simulator. Everything happens logically and in details — the expansion of the estate through the drainage of marshes, breeding of sheep, cows and horses, getting wood and cultivation of flax and wheat, construction of workshops and carts, production of footwear and clothing, trading with neighboring villages. Everything reflects the farmer’s life in details and realistically.

If you are looking for a peaceful, creative, almost meditative two person family game — “Fields of Arle” is a great choice. This is a great board farm with the solution of many tasks and strategies which are very exciting and elegantly implemented in the mechanics of the game. “Fields of Arle” (2014) — best “farmer” economic strategy board game for 2 players.

“1960: The Making of the President” is a political two player board game about the presidential election in the United States in 1960s of the 20th century. Players play for one of two presidential candidates — John F. Kennedy or Richard M. Nixon. The electoral program, debates, political backstage intrigues, political struggle and election day are the main themes of this game. 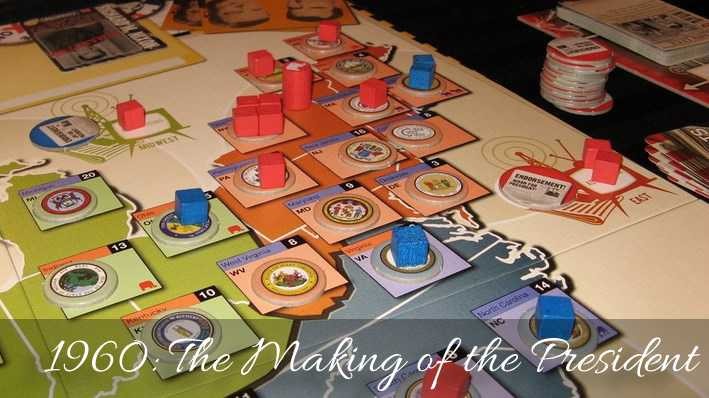 The goal is to gain a minimum of 269 votes to gain a majority and win the presidential competition. Mapboard is a US map divided into 50 states + Alaska and Hawaii. Each state at the end of the game brings a certain number of votes. The game consists of 9 moves. The basic mechanics of the game is implemented with the help of cards. Each card is a political event and can be played in two ways — as an event written on it or for “action points”.

During each move players play out 5 cards in turn and change political influence in the states on the USA map. The sixth move is the television debate which takes place according to special rules. Players play out specially accumulated cards to discuss the most important issues for the nation. On the ninth move is the election day, final checks are conducted in some states, votes of the states which have not determined before are determined and the final vote results are established to announce a new presidents of the USA.

“1960: The Making of the President” is very competitive and is based on direct opposition and conflict. Perfectly implemented mini-game with TV debates and an exciting process of preparation for them. An interesting and dynamic game with excellent design which will be able to capture exciting gameplay. “1960: The Making of the President” is the best political 2 person board game.

In “Patchwork” two players place patchwork blankets of various tiles and buttons. In order to score more points, it is necessary to make the blanket large, without holes, and sewn buttons. 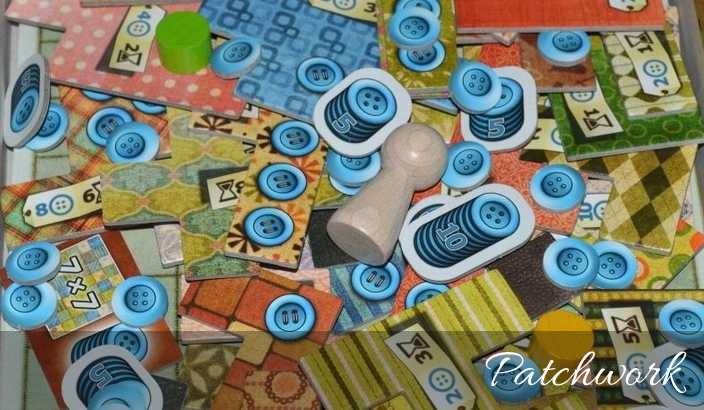 The game provides participants with a large number of ways to win. Somebody collects buttons from expensive patches, somebody chooses a strategy of protection against fines and covers holes with large patches, somebody relies on a bonus, embroidering a flat square. In fact, the main process is related to the selection of the most useful for the acquisition at the moment part and its competent placement. The game in no case can be called boring, primitive or random. More often the result of the game depends on the player’s experience and skills.

“Patchwork” is played easily and at the touch of a button in 10-30 minutes. This is a simple, fast, unusual and very beautiful game for both adults and children. Neutral setting and absence of a direct conflict is a great board game for couples or family. Simple and concise rules, stylish and colorful design, quick conflict-free rounds make “Patchwork» one of the best 2 player board games. An elegant combination of beautiful design, mathematics and Tetris. Great choice for a relaxing pastime. “Patchwork” (2014) — best 2 player board game for couples. 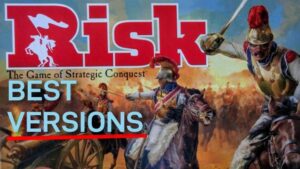 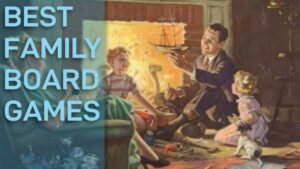 Family ;
10 Best Family Board Games of All Time 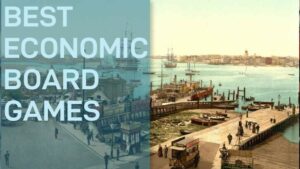 Economic ;
TOP-10 Best Economic Board Games of All Time
</html